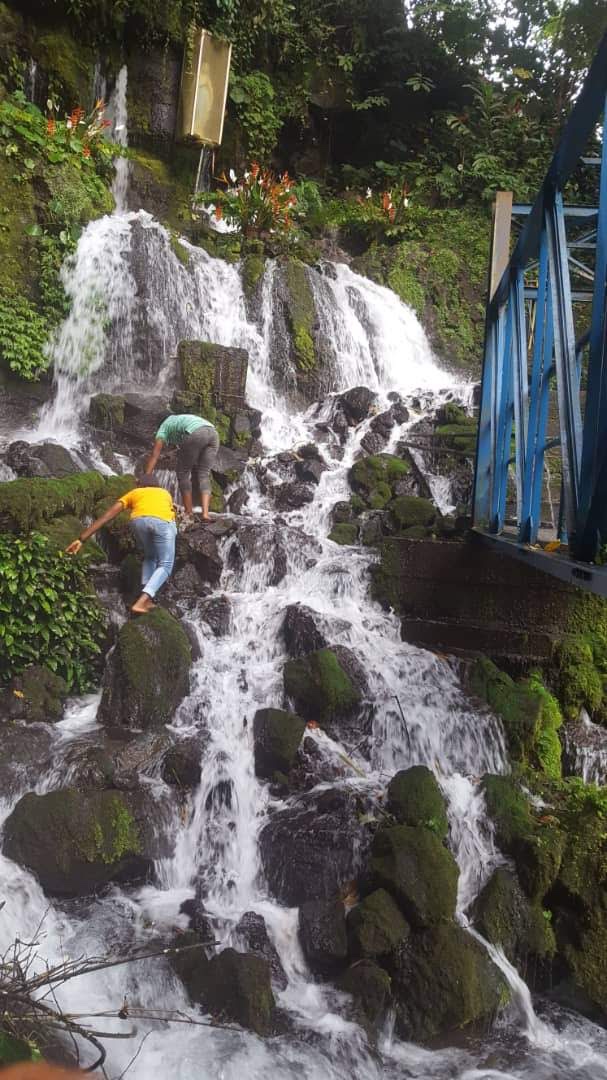 Bewildering as it sounds, though called a shrine, there is not deity, ancestor, or daemon present here. This shrine is a temple of God and a milieu to be able to communicate personally and in quiet with the maker. The Holy shrine, fondly called the Our Lady of Grace shrine is located at the outskirts of Buea beside the St. Joseph’s College Sasse.

It has an amazing scenery as it is located where a strange water fall flows continuously and voluminously. It is located near a waterfall that the Sasse region’s longtime ruler voluntarily offered to the Catholic Church. Astonishingly, even locals and people who have lived in the arena for more than ten years are unaware of the origin of the waterfall.

The Sasse Shrine contains a chapel for devotions and prayers, a small auditorium that can accommodate approximately 100 people, and a store selling religious items like rosaries, Bibles, crosses and a host of church affiliated items. At the shrine, people host retreats, prayer cell and prayer group meetings, Bible studies and a good number of people carry water from the fall since it has been blessed and sanctified after it’s inauguration in September 2011 by an ordained Catholic Priest.

Though a Catholic shrine, the our Lady of Grace Shrine opens its arms to people from denominations as the common goal remains serving the author and finisher of our faith.