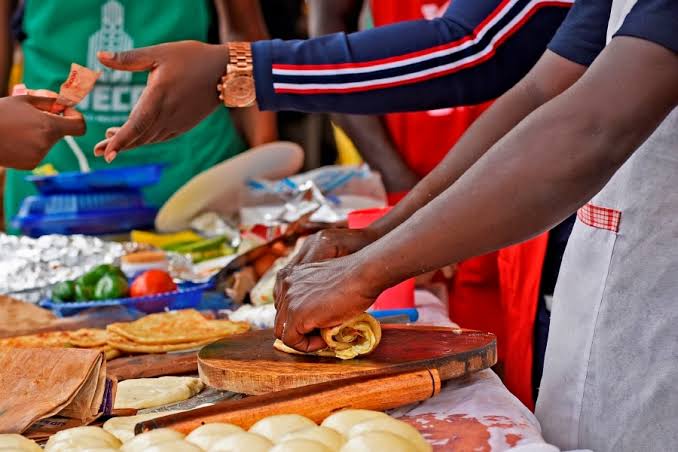 ARolex Originating in Busoga region, Eastern part of Uganda, The Rolex was considered to be ‘poor man’s food turned out to be the mostly ordered food In day by all sorts of people. After it’s launch in 2015 it went on viral online platforms in Africa and other parts.

THE MAGIC OF THE ROLEX

Its only the People of Busoga region who are the best to prepare the even the locals seem to spot out the makers of Rolex to basoga’s only by hearing on his ascent and language to be Lusoga and mostly every stall in Kampala even though it’s owner is a musoga and the worker is from other tribe ,the owner has to label the stall or kiosk qoutes like “Musoga” or “from Busoga” in order to keep the norm .

The Founders of the Rolex where the chapati makers from Busoga a certain region in Uganda where by they are known for the recipe which circulated amongst the chapati makers of other tribes (sellesmen)
What came up with aRolex
As from the east of Uganda which west of Kenya, north of Tanzania south of Sudan and west of congo in aregion called BUSOGA , in which arosed miss Uganda 2015 since it was it’s cultural norm to make it known to other countries as the role of the miss to attract or to make Uganda known in other parts so she’s started with a Rolex festival where by since then it started as an annual, became monthly and daily event one can create and which attracts many also it’s done online from every restaurants.

A Rolex kiosk which is typically comprised of a flat, black, rounded griddle, is a viable option for many Ugandans to make money. The griddle sits above a charcoal stove—called a sigiri. Often times, the omelet may have vegetables like cabbage, carrot, onion, or tomato mixed into the egg. And finally, there’s the chapati, which mustn’t be cooked too thoroughly so that it remains soft enough to be rolled up without cracking. These Rolex stalls are popular amongst local areas for easy access, it might also be in the cafeteria of the hotel or lodge you will be staying.

1.It Attracts Festivals which are carried out in KAMPALA and outside KAMPALA.

2.Calls for Startups Innovations & International organizations rising awareness of the Rolex from uganda

3.Celebrities around the world coming to Uganda to taste the musoga Rolex recipes.

World record by the Previously the world record held the world’s biggest Chapati to be 3M in diameter, and weighed 149 kgs. Raymond Kahuma and his team worked for months on the preparation of the Guinness World record of the World’s biggest Rolex to make sure everything went smoothly on the day. Finally the Ugandan Rolex measured 2.32 meters in length and 0.66 meters at its thickest diameter.

5.Stalls everywhere
For Tourists or travellers the moment you land in Uganda just right on the highway just know a Rolex stall is on your right or left side ofghe road any time day and night.

CONCLUSION OF THE TRAVEL GUIDE

After this just hit the Book tab on the site to uganda.
Busoga means “Land of the Soga”
Person :Musoga
People :Basoga
Language :Lusoga

Busoga has these features which make them on the tourism map
1.Origin of a rolex
2.Longest river in tthe world Nile
3.Biggest bridge
4.Biggest forest called mabira
5.Ashes of mahatma Gandhi
6.Source of the Nile
Alots of tourists attractions staytuned on the blog for more