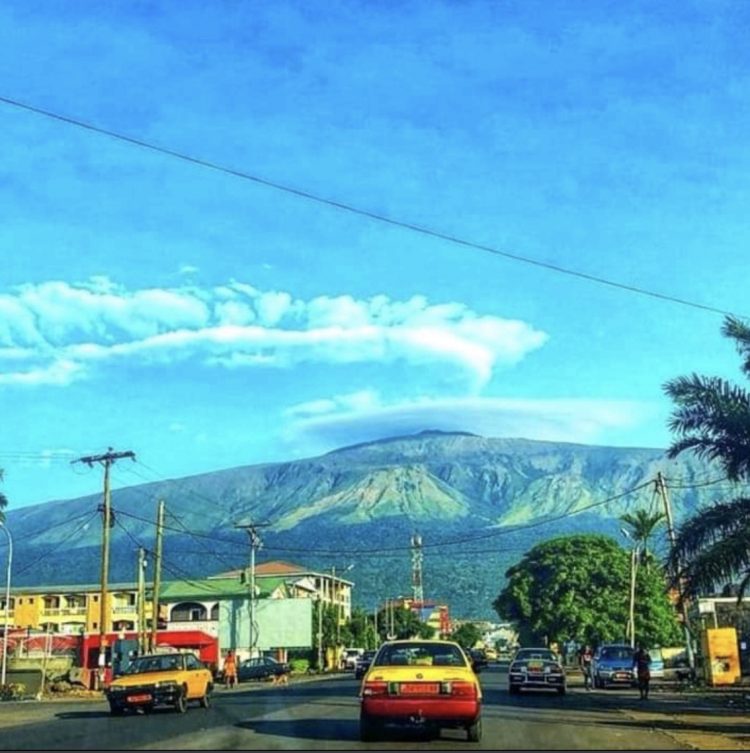 Buea is a historic town that lies in the South West Région of Cameroon and the closest to the Eastern slopes of Mount Cameroon. This volanic mountain last erupted in 1999 and is well known for the annual mountain race and a suitable avenue for camping amidst being very cold. Buea is the capital of the South West Region of Cameroon. The town fondly called the town of legendary hospitality, is located in the Fako Division of Cameroon and inhabits about 350,000 people. It hosts students, youths, adults and aged people who come together for various reasons like education, leisure, shelter, and work purposes. One of the binding forces of these coalescent people is the language. The primary languages spoken are English, French, Pidgin and Mokpe specifically spoken by the indigenous Bakweri people who happen to be the chief custodians of the city.

The town is graced with beautiful restaurants, hotels, which act as pleasurable places for tourists. Buea has 2 alluring government hotels namely Parliamentarian Flat and Mountain hotel which have been beautifully architected. Other touristic arenas are; the Holy shrine, the reunification monument, the prime minister’s lodge, the grand stand and not forgetting the biggest and lone higher institution, University of Buea. This government higher institute opens its arms to over 250,000 students yearly from different regions of the country. The University of Buea employs over 50 fields of studies and has separate campuses for students in tech aswell as medical practitioners though still located in Buea. There are other private higher institutions found in this town which empower people intellectually. It is worth mentioning that there are a good number of primary, secondary and high schools which are both private and government owned.

The aforementioned beautiful sceneries will have no value if people from neighboring and distant towns don’t come for visits, tourism and pleasure. Given that the town is relatively small, traveling is easy and straight forward. At the gateways of Buea, is found the mile 17 motor park which is the final bus stop for everyone leaving Buea and coming to Buea. The park has a series of bus agencies where individuals pay bus tickets to a specific direction. We are made to understand that, some people may have pressing issues and reasons why traveling is important and cannot wait for these buses to get full before leaving so they have to resort to using clandestine drivers who are also located at the park but charge a little over the normal fare.

At the park, tickets are paid for both long distances of about 6-8 hours as well as very short distances to the nearest town of about 30 minutes. Once a bus ticket is paid, the individual goes into the vehicle to reserve a seat. Unlike the clandestine vehicles, individuals only pay their money to the driver upon arrival at the destination.

Sheda savage describes the traveling experience as one that expands the mind and fills the gap. Though plagued with the anglophone crisis, Buea is still able to give a mix of these feelings hence, travelling to Buea, the town of legendary hospitality gives a very therapeutic and rejuvenating experience.