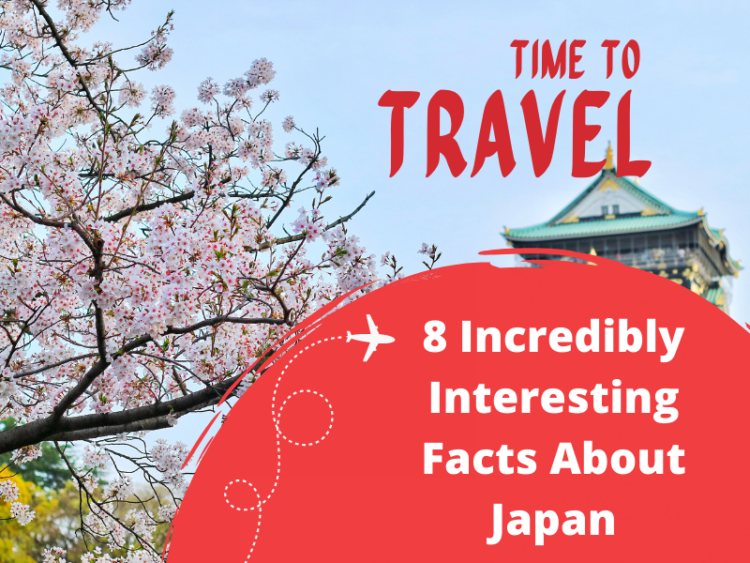 Japan has been captivating travelers since it first opened up to international trade in 1853. While its many traditions and cultural landmarks persist, Japan is also one of the leading economic and technological centers of the world. Ancient gods and traditional customs sit side by side with cutting edge technologies and trendy pop culture, and there is always something new to experience on a visit. From the fashion in Harajuku to perfect produce, to empty orchestras and bizarre meal-time etiquette, here are the top 8 facts about Japan you probably never knew.
1)A Highway that Goes Through a Building

In Osaka, the Hanshin Expressway goes directly through the Gate Tower Building’s 5th, 6th, and 7th floors. In reality, the workers in the building don’t really notice as the walls and floors of the building are soundproof and the highway doesn’t actually touch the building.

Trains in Japan are so punctual that it’s scary! A In fact, in 2017, the Tsukuba Express line between Tokyo and Tsukuba made global headlines when the management of the train line apologized publicly for leaving the station 20 seconds early.

When you think of Japan, you probably think of all the different cities there are in the country. Surprisingly the majority of Japan at 69%, is actually covered in forests.

5)About 1500 earthquakes strike Japan every year

The frequency of the earthquakes is caused by the location of the country across three tectonic plates called the “Pacific Ring of Fire”.

6)Japanese melons can cost you over $200

These precious fruits play a large role in the country’s gift-giving culture- samurai would offer tangerines or melons to their shogun as a token of appreciation. Nowadays, farmers meticulously tend to these fruits by hand, which adds to the allure.

7)The Last Emperor in the World

Japan is the only country in the world with an Emperor. Even though the Emperor of Japan doesn’t hold much power and mostly plays a symbolic role, they are still a proud part of the traditions in Japan.

8)No Shoes Allowed Inside

Before entering any Japanese house, you will most likely be asked to remove your shoes and will be given a clean pair of indoor slippers to wear. What makes Japan unique is that you’ll also see this happen at restaurants and even in some workplaces. In Japan, it is deemed rude to wear shoes inside a house.