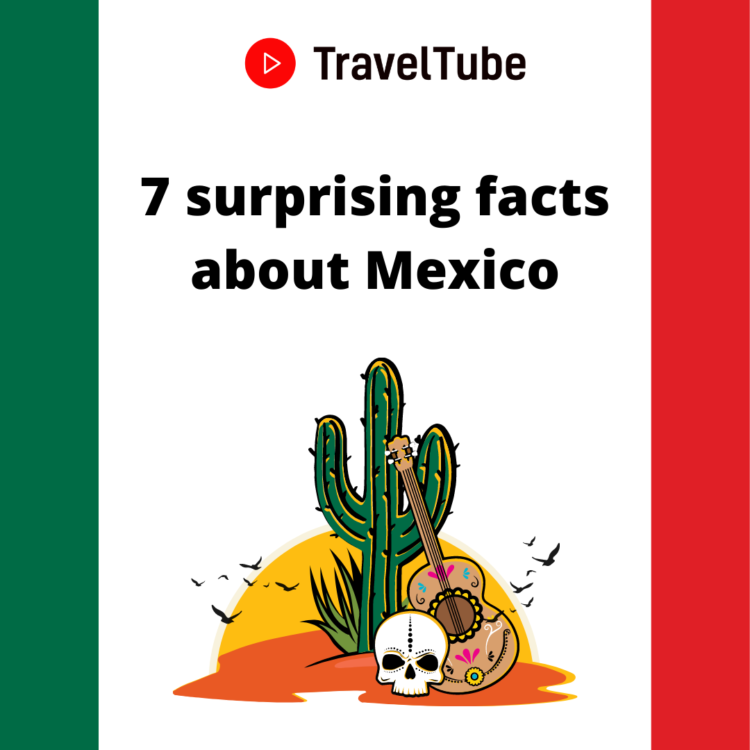 What comes to your mind first when you think about Mexican culture? Mariachis, tequila, tacos, breathtaking beaches and cactus? These are all legitimate associations – but Mexico’s natural and cultural diversity includes much more than that. The 7 surprising facts about Mexico described below will show some other aspects about the country that you were surely unaware of.
1) 69 different languages are spoken in Mexico.
This makes Mexico one of the countries with the richest linguistic diversity in the world. In addition to Spanish, there are 68 indigenous languages that include náhuatl, mixteco and otomí, amongst others. No other country in the American continent has a comparable diversity of indigenous languages as Mexico. Just as Spanish, the indigenous languages are recognized as national languages.
2)Mexico is Latin America’s most visited tourist destination.
According to the World Tourism Organization reports, Mexico is the Latin American country with the highest number of international visitors and is ranked #10 worldwide. This comes as no surprise given the diversity Mexico has to offer in terms of culture and nature. 32 locations in the country have been awarded as World Cultural Heritage by the UNESCO. Once again, Mexico leads the ranking in the American Continent in this category as well being placed #6 worldwide.
3) ​​Mexico is the country with the largest number of taxi cabs in the world.
60,000 registered taxis ride Mexican streets, and most can be found in the Capital City. Besides, taxi fares in Mexico are cheaper than in almost any other country in the world.
4) Color TV was invented by a Mexican.
Guillermo Gonzalez Camarena is the inventor of color television and was born in the Mexican city of Guadalajara, Jalisco. In 1940, the then 23-year-old requested a patent for the first color image transmission system, which was later on used in the Voyager 1 spacecraft.
5) The meteorite that wiped-out dinosaurs struck Mexico.
The meteorite that wiped out dinosaurs 65 million years ago hit the Mexican peninsula of Yucatán. A 180 square meters crater with a depth of more than 600 meters was left behind. Employees of the state oil company PEMEX discovered the crater in 1981 while drilling an oil well.
6) Mexico’s Economy is Booming
Mexico is the 15th largest economy in the world and the 11th largest in terms of purchasing power parity according to the IMF. Some of Volkswagen’s best-selling cars are partly produced in Mexico, and the country has become a new hotspot for research and development.
7) ​​Mexican cuisine is officially World Cultural Heritage.
In 2010, the UNESCO added Mexican cuisine to the list of Immaterial World Cultural Heritage. Mexican cuisine roots date back from colonial times where Spanish cuisine met native preparations thus creating a unique blend. Indigenous ingredients include corn, avocado, beans, cocoa and many more. In Mexico, there are 64 different varieties of corn. No other country in the world can claim such diversity.